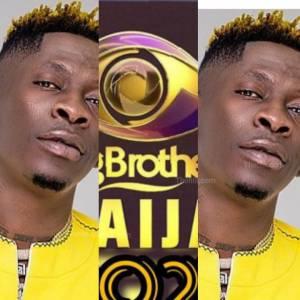 Charles Nii Armah Mensah, better known as Shatta Wale seems to have Big Brother in mind, either to join the reality show or for a visit.

Shatta Wale has kept his fans waiting for a very long time for his upcoming album. He has revealed that after the album, he will have to go to “Big Brother” a reality show in Nigeria.

The Ghanaian dancehall artiste made it known in his latest tweet about wanting to go to the prominent reality show in Nigeria. Either to get on to join or not, only him can tell. Laughing emoji accompanied his post, it could be severe or just a joke.

To him on his Twitter post, I have to go to big brother after I release my #GOGALBUM 😂🥂

Fans have reacted to this ” Big Brother’ statement from Shatta Wale in the comment section of the post. And most of his fans on Twitter have appeared happy after he tweeted about the needful to go to “Big Brother” after the release of his “GOG” album.

The Beautiful Mansion Amakye Dede Has Built For His Family(Photos)

Video: Article Wan Says The Country Is Too Hot For Him So Goes For Raw ‘Sakora”

Stonebwoy Reveals Why He Complained About The GHC 2,000 Royalty He received From GHAMRO

Life Outside Showbiz Provides Me With Peace – Michy